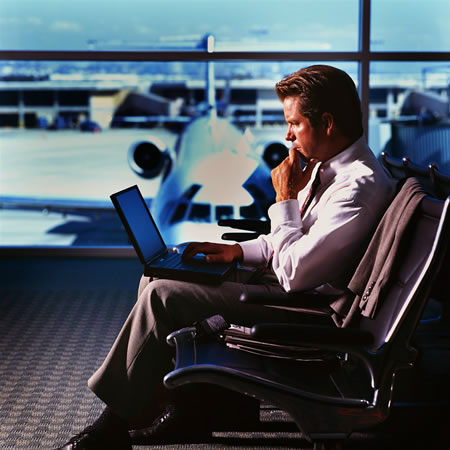 Lost your laptop at a U.S airport and thought it was bad luck, well guess what? You are one of 12,000 in a week. According to a study published by the Ponemon Institute and Dell Computer. “It’s staggering to learn that up to 600,000 laptops are lost in U.S. airports annually, many containing sensitive information that companies must account for,” said Larry Ponemon. This report offers a very different view from sources that collect breach disclosure information, such as Attrition.org, where only a few companies disclose laptop thefts each week mostly because the employees and the companies are embarrassed of the numbers.

Sixty-five percent of the business travelers admit that they do not take steps to protect the confidential information contained on their laptops when traveling on business and another Forty-two percent say they don’t back up their data before going on a trip. Resulting in a loss for the travelers far beyond the monitory value of the laptops. “IT departments must re-evaluate the steps they’re taking to protect mobile professionals, the laptops they carry, and company data stored on mobile devices.” Adds Larry, and that is exactly what Dell has done. They have used to report to support its launch of Dell ProSupport Mobility Services, a suite of modular asset and data protection services to help companies protect laptop computers and company information, especially when the computers are lost.
While most losses occur at the security check points or at the departure gates where its easy to leave things behind if one is in a rush or carrying too many things. Surprisingly only one percent of the only 1 percent of the respondents admitted personally losing a laptop computer and eighty four percent knew someone who has lost a laptop while traveling on business.
Source